CCAO Third level camogie are delighted to announce that Irish Company Cul Sliotars are the Official sponsor of the Ashbourne Weekend. END_OF_DOCUMENT_TOKEN_TO_BE_REPLACED 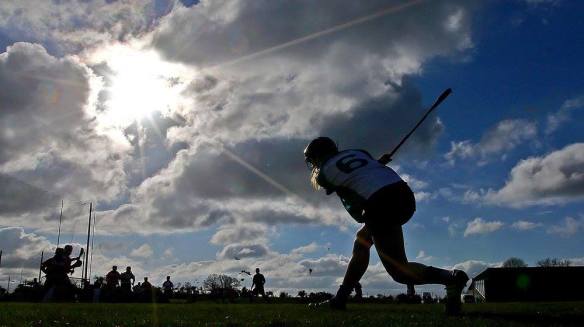 These two have produced some fantastic games over the last few years and last night was to prove no different. This was a hugely physical encounter with score taking of the highest order.  DIT were quickly out of the blocks and had two fantastic points on the board. Maynooth slowly got into the game with Melissa Lyons directing operations from centre forward. DIT captain Aoife Minogue pounced for two green flags with some excellent team play from Ellen McGovern & Sarah Nagle, both also tagging on fine points.

In between this Lyons again was punishing any indiscretions from the home team and they were also rewarded for their pressure when they scrambled the ball over the line. Kate Nolan was asserting in midfield and In the dying minutes of the half a long ball in ended up in the DIT net. HT and Maynooth led 2-8 2-6. Such was the intensity and physicality of the game three players were substituted in the first half.

Maynooth started the second half in a whirlwind and had two points on the board to increase their lead to 4. Fia O Brien and Dervla Byrne  were starting to really break open the DIT defence.  That proved to be Maynooth last point from play and the home team started to slowly turn the screw, mounting attack after attack, Orla Beagan and Nagle again added points but they had to work hard for every opportunity due to the tenacious tackling and work of the opposition defence. The game changing moment happened with 8 minutes to play, some excellent passing ended up with DIT midfielder and player of the match Ellen McGovern at an acute angle but buried the ball to net.

Orla Beagan tagged on another after great play from Megan Thynne. Lyons responded with a free for Maynooth but the home defence held firm for the last few minutes to thwart any attacks. If this is the bench mark of Purcell Cup we are sure to have some more fantastic games in this competition.

END_OF_DOCUMENT_TOKEN_TO_BE_REPLACED

The National Sports Campus at Abbotstown in Dublin will host the 102nd Ashbourne Cup weekend on the 11th and 12th of February. Twenty teams from across the country will head for the capital to battle it out for the Ashbourne, Purcell and Fr.Meaghair Cups along with the Ashbourne shield which returns to the competition.

END_OF_DOCUMENT_TOKEN_TO_BE_REPLACED

At the recent CCAO AGM a number of famous Camogie faces were elected for the 2016/17 CCAO camogie term. END_OF_DOCUMENT_TOKEN_TO_BE_REPLACED